Light and the biological clock

Temporal rhythms can be found throughout the whole natural world. The circadian (from Latin circa—around, diem—day) have been discussed in the magazine Svetlo (Czech lighting journal) several times in a past few years. The expression ‘circadian’ was introduced in the 1950s by Franz Halberg, one of the founders of chronobiology, the science of temporal order in the living realm. From Czech chronobiologists, Prof Helena Illnerová and her team are the most well-known for the discovery of melatonin secretion variation in rats, which depends on light exposure changes over the four seasons, as well as for the discovery of photosensitivity in the biological clock in suprachiasmatic nuclei in hypothalamus. [1,2]

In the autonomous nervous system of mammals, the central biological clock is found under the crossing of optical nerves in the suprachiasmatic nuclei (SCN), which controls hormone levels in blood, body temperature, sleep and alertness, to name just a few. Melatonin is the hormone governing sleep and body regeneration, while cortisone is the hormone connected with activity, stress and motion. Examples of levels observed, courtesy of Philips Lighting, are shown in Fig. 1.3 The patterns of the curves vary slightly each day. The central biological clock is synchronised by light, but food intake also matters. In young humans, this clock has a circa of 24 hours when running free of light synchronisation, which is the origin of the term ‚circadian‘. Individual organs have their local clock synchronised with the SCN ‘master’ clock. Light is the strongest synchronizing agent (Zeitgeber). A dose of several lux of suitable spectral distribution for several minutes can already cause level of melatonin in blood to decrease.

Effects of light on living organisms

Prof Fritz Hollwich, an author of an ophthalmology textbook and inventor of many procedures in ophthalmology, has studied these effects closely. In his inaugural dissertation from 1948, he distinguishes the visual and energetic (non-visual) function of the eye. He found that patients suffering blindness due to cataracts had different levels of certain hormones and other markers in the blood, compared to the normally sighted population. When the patients regained their sight after an operation, the levels returned to normal. He also found that some distributions of light, lack of light or excess light or its invariance have adverse effects on organisms. In the last few years, a novel photoreceptor – intrinsic photosensitive retinal ganglion cells (ipRGCs) is often discussed. These had already been found in mice back in 1991 and in humans as late as 2007. ipRGCs contain melanopsin photo pigment, which maximum sensitivity is reported between 450–482 nm (rarely also between 420 nm and 491 nm). These cells project the synchronisation event to the central biological clock, they also play a part in the pupil reflex and they may also contribute to the visual sensation. They are spread all over the retina, but are more numerous in its lower part. They are called the circadian sensor or blue-sky sensor for their high sensitivity to blue and spatial distribution on the retina. The latest research5 shows that the synchronisation signal is also assisted by the cones, and the exposition time also plays an important part. The effects of two narrowband lights with wavelengths of 460 nm and 555 nm were compared: their initial effect on melatonin decrease was almost the same, however, in the case of the green light, the effect ceased after about 90 minutes, while the blue light effect persisted. C1(l) hence shows the long-term sensitivity while the C2(l) takes the short-term effects into account. Two effects are observed: melatonin level decrease and phase-shift of the central biological clock.

Figueiro and Hubalek described the construction of a circadian dosimeter (Daysimeter, LuxBlick).6,7 It is a small instrument that is worn like spectacles. Two photodiodes are used as sensors, one corrected by a filter to V(l) and the second to C(l). Measured values are stored along with timestamps in intervals of tens of seconds. Analysis of the data can show whether the user gets a sufficient dose of the light affecting the nervous system and whether or not he/she is disturbed by light at night. Critical points can be localised in time so a remedy may be suggested. Data from additional sensors like an accelerometer or a thermometer can make interpretation of the light data easier.

Decreasing of the melatonin level in the morning and keeping it low during the day is naturally beneficial as it starts a number of processes that lead to higher alertness, activity and concentration. Light sources of higher chromatic temperature can provide spectrum rich in the circadian-efficient band. According to the Kruithoff curve, we can expect the users to require higher levels of light in their place of work, which can be also aided by local luminaries. Higher illuminance and higher chromatic temperature can have tangible economic outputs in the workplace thanks to a better quality of workmanship8, lowering stress4, better use of work time or lowering sick leave. Melatonin is a hormone of sleep and regeneration of the organisms. It scavenges free radicals and kills cancer cells in the body. So it is most beneficial to let it do its job undisturbed during the night. The means for lowering disturbing night light include a more sophisticated design of street lamps, curtains, window blinds, shutters or red night light. White LEDs are mostly blue LEDs with a phosphor that converts part of the blue light into wideband yellow, which then mixes with blue, making white. This introduces a risk of disturbing the darkness at night by LED streetlights. Blue light gets far more scattered in the atmosphere than the longer wavelengths, so disturbing scattered light should also be considered. According to the International Dark-Sky Association (IDA), LEDs with a low chromatic temperature (2,600 K) are suitable for street lighting.9 However, even in this case, the portion of circadian efficient light is three to four times higher than in the more commonly used high-pressure sodium lamps (see Table 1).

Circadian values were introduced in parallel with photometric values by Gall and Lapuente. [10] Function V(l) is replaced with C(l) and index c is used with the values. In this way, we can consider ‘circadian illuminance’ for example. Circadian illuminance can be measured with a luxmeter corrected to circadian efficiency C(l). For coarse relative measurements, a Lee 120 gel filter can be used. Another option is calculation from the spectrum or establishing a factor for converting ‘photopic lumens’ to ‘circadian lumens’ for a given light source. A factor of circadian efficiency acv (Zircadianer Wirkungsfaktor in German) is introduced. [10] This is calculated for light of relative spectral distribution of power according to Equation 1.

acv is a factor for converting photometric values into circadian values for a given light source. It can be used to compare different lights or light sources from the perspective of their effect on our nervous system.

The shape of the curve C(l) and the area under it are not exactly known yet. This is why another factor can be introduced to allow a comparison of the results calculated with the presently known shape of C(l), and those based on an updated C(l) in future. The factor can be defined in different ways, for example the equality of areas under C(l) and under V(l) or by the equality of luminous and circadian flux for CIE A incandescent bulb model.10 The option proposed here for discussion is Circadian Activation Index Ac (CAI). Its value is defined = 100 for CIE D65 illuminant. Ac is calculated according to Equation 2.

Ac makes it easy to compare the impact of different lights on the nervous system. It has a value of 100 for the reference D65 daylight. Values for some common light sources and black body temperatures are tabulated in Table 1. Besides the daily rhythms, physiological rhythms of high/low tide, weekly rhythms, lunar and annual rhythms are known. Lack of light during winter contributes to sleepiness and the need for longer sleep, but also to seasonal affective disorder (SAD), known as the winter blues. This can be treated by bright light therapy (phototherapy); 10,000 lux at eye level for 30 minutes is a proven efficient dose.11 For personal application, sunshine simulators are used. In contrast to industrial sun simulators, these are luminaries for illuminating the eyes and face. Desk or wall luminaries with fluorescent lamps are well known (usually providing 10,000 lux at the diffuser). Portable battery-powered luminaries with white or blue LEDs are also available on the market. Less known are light visors with embedded LEDs for illuminating the eyes. These aids can ease the start of a new day, but for a permanent effect, lighting with sufficient circadian effect is needed all day long.

This article was first published in Czech Republic in Svetlo magazine in 2010. [12] Since then, a new Technical rule DIN SPEC 5031-100 has been published, [13] specifying a new shape of ipRGCs sensitivity curve, now called smel(l) peaking at 490 nm, see Fig 2. A new term ‘melanopic’ is now preferred for non-image forming effects of light. A melanopic conversion factor mV, mel, D65 has been defined to compare various lights with D65 daylight (Ac/100 equivalent).

Dental surgery is one of the most visually demanding tasks involving high contrasts. With melanopic effects of light in mind, DentaSun ‘above-the-chair’ dental luminaires have been developed by NASLI. Better light ergonomics, improved sight performance and minimalised eye fatigue are achieved by an advanced approach in lighting based on non-visual effects, along with a lower perceived contrast and an emphasis on light uniformity.

Electric light has been known to alleviate SAD since the 1980s. Nowadays, full spectrum light is used to treat general depression and to restore sleep/wake cycle to improve all kinds of conditions including dementia or Alzheimer disease. NASLI phototherapeutic luminaires are used in bright light therapy, dawn/dusk simulation, wake therapy and programmable all-day phototherapy. Chronobiological methods of treatment received statutory healthcare funding in 2015 in the Czech Republic.

Editorial note: A complete list of references is available from the publisher. 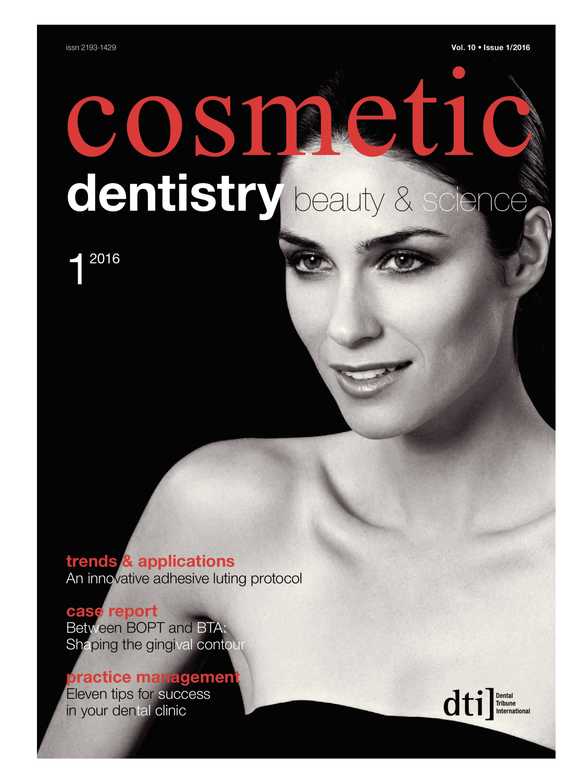